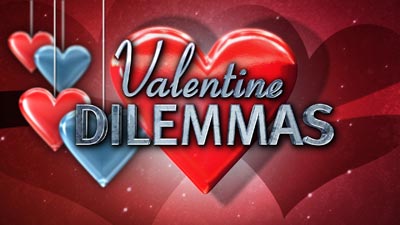 This is the concluding part of V day Dilemmas. The story was intended to be a standalone one piece however the end of part 1 made my reader friend demand a part 2. Tried penning it, hope you like it. You can read the first part here.

Saturday 17th Feb Sky bar 19.30 confirmed, message blinked on Ranjit’s mobile as he rubbed some after save on this chic face. A quick look at the mirror again adjusted his hair before leaving.  Sky bar was packed with people in groups, some cribbing about a Saturday working policy, girl gangs discussing what’s in vogue and there in the middle he saw Rohan sitting by the bar chatting with the bartender on origin of mojitos.  Ranjit came and patted his back, “hey Rohan, glad you see you again. I thought we wouldn’t meet.”

“Yeh and you sent me 20 messages in 3 days! Dude you are quite a persistent guy!” So how was your Valentine? Did your girlfriend like the gift?”

“Oh yeh she did.” Ranjit said casually. “But tell me about you. How are you? And what do you do?”

“Oh me, well my valentine was classic, all just fell in place. The terrace was decorated with a table for two, wine, olives, cheese and loads of conversations. I carried her favourite cupcakes and she really loved the white and yellow lilies. When two people are in love for a long period they start loving the unsaid, the mundane, the silence and then comes some evenings when you sit and converse, reminiscing getting nostalgic till they fall asleep in each other’s arms.” Rohan went silent and dazed for a moment.

“Hey Rohan, dude…” Ranjit shaked him, “You are totally in love with her!” he added.

“I surely am.” Rohan blushed.

The rest of the evening went over several glasses of long islands and tequila shots, discussing politics and technology. At 2.30 am at the last round called, Rohan thought to himself that this was a start of a long lasting strong friendship.

“Hi Vasant, get the car out in front, I’ll be there.” He slipped his phone in this back pocket helping the completely sloshed Ranjit move towards the elevator.

While waiting for the elevator he felt Ranjit’s hand in his back pocket. He gently pulled it out thinking he might be looking for his phone. Just as the elevator arrived, Ranjit pushed him in placing his lips on Rohan’s in a passionate kiss. His one hand pressed Rohan’s butt hard while his other hand slipped in his shirt. Rohan just froze in the moment not knowing how to react. He instantly pushed Ranjit, his lean body collided with force on the other side of the elevator as he fell hard and broke into a tears. The door opened Rohan picked Ranjit up around his arms as people waited to enter the elevator.

“I had never realised until recently what my preferences were. By that time it was too late.” Ranjit gathered himself for once his melancholy.

“Why late Ranjit, we all have rights to be ourselves choose our lives.”  Rohan placed his hand on Ranjit’s comforting him. “And if you are clear then why Sheetal, aren’t you keeping her in shadows. It would do no good to anyone.” He added as the waiter served black coffees.

“Sheetal’s father has invested in my venture which is a start-up apart from my regular job. That’s my only chance to make big. I share no feelings for her just a rope hung around me. ” Ranjit placed the warm black coffee mug on his forehead and continued, “I can’t avoid Sheetal.”

“Life is to be lived with someone you love, your soulmate. It can’t be a compromise Ranjit. It wouldn’t help you or her. Make your choice clear as soon as possible, with regards to funds, well I can help you provided you don’t try your kissing skills on me.” Rohan said smiling turning the atmosphere light. Ranjit smiled back profusely apologizing for his behaviour.

Rohan was right; it indeed was a start of a strong friendship.

Special Note: Homosexuality is a punishable offense currently in India. More about it can be read here. My heart reaches out to people who do not have a right to chose their partner. Hope India awakens to a better change.