A dull life of Prakash Ray is caught in frenzy as he visits his uncle at his bungalow to celebrate his 60th birthday.
As Prakash reaches the venue, he is introduced to a motley group of people, all gathered there for the old
man’s big day: his son, his reticent brother, a dignified middle-aged lady who once owned the bungalow,
a listless lawyer who manages his legal affairs, a mild-mannered young man who works as his secretary,
his beautiful, young biographer, and his mysterious friend, who has never lost a game of chess to him. 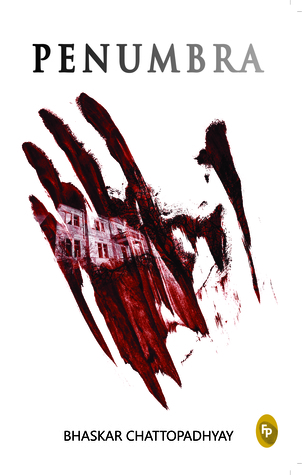 As the storm lashes on through the night, one of the people in the bungalow is murdered! In a game of cat
and mouse that follows, Prakash soon finds out that under the surface of apparent warmth and
friendliness, nothing is as it seems and that the bungalow holds one shocking secret after another! In a
bid to save his own life, Prakash hunts for the truth, which lies in a mysterious penumbra of shadows and
lights, covered in a sheath of deceit and guile, only to realize that the worst is yet to come!

What I liked about the book:
– The plot – fantastic storyline, the writer has ensured he keeps it to the point and does not lose the
readers’ interest
– Characterization – Each character’s appearance is very well timed and thought process well
described.
– Writing style – The reading is easy and fabulous description of scenes, especially the time when
Prakash walks from the bus stop to his uncle’s bunglow

Scope for improvement
– Some parts of the story felt a little dragged but that can happen with thrillers as you are eagerly
waiting to know who the murderer is
– Climax – I was expecting a little more on this front! However it did not sound unbelievable or
ridiculous.

Should you read it?
Yes, pick it up on a Friday and you will not put the book down till you finish it. Strongly recommended if
you like murder mysteries!
Goodreads Rating: 4.15/5
Sunshineandzephyr rating: 4.15/5
About the Author: https://www.goodreads.com/author/show/7869915.Bhaskar_Chattopadhyay

P.S. I know I have been away! But as they say difficult roads often lead to beautiful destinations. I was just treading a difficult road. Am back with no bang just the mundane 🙂