“Not all those who wander are lost.”
― J.R.R. Tolkien, The Fellowship of the Ring

Three days of holiday in my pocket, I packed my bag with bare essentials and hopped on the train to Paris (France), “La Ville-Lumière” (“The City of Light“). Basel (Switzerland) to Paris (France) is just 3 hours by TGV train with highest speed of 322 kph. Now that’s FAST!
My hotel was beautiful, I stayed on the 24thfloor at Pullman and the view was breath taking. While no major plan on mind, I surely wanted to see the Eiffel tower all lit up at night as I had missed it the last time I was here.
I reached in the evening, picked up my camera and headed straight to the guitar of the sky, the Eiffel tower. It was full day light and I captured it well on my Nikon D7100. I waited with bated breath for the lights to turn on. And truly my jaw dropped at the sight. I leave you with my captures before we move on. 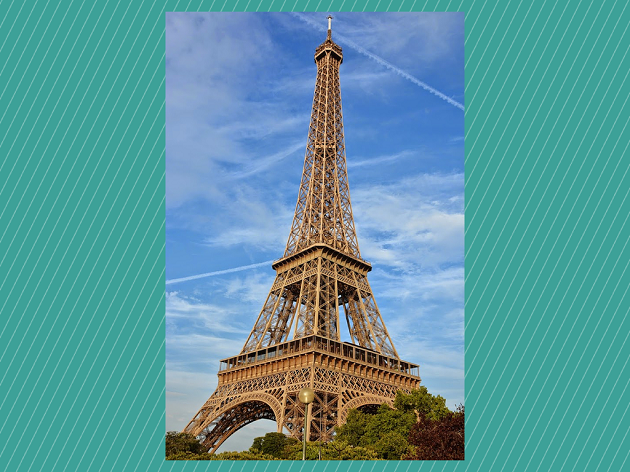 Now for some fun facts on the Eiffel tower:
“I ought to be jealous of the tower. She is more famous than I am.” ― Gustave Eiffel

I had missed seeing the tower from the top due to bad weather, this time I booked a slot in advance to see it.

I came across this beautiful patriotic poem, worth a share
“When Hitler marched
across the Seine
To take the land of France,
La dame de fer decided,
‘Let’s make the tyrant dance.’
Let him take the land and city,
The hills and every flower,
One thing he will never have,
The elegant Eiffel Tower.
The French cut the cables,
The elevators stood still,
‘If he wants to reach the top,
Let him walk it, if he will.’
The invaders hung a swastika
The largest ever seen.
But a fresh breeze blew
And away it flew,
Never more to be seen.
They hung up a second mark,
Smaller than the first,
But a patriot climbed
With a thought in mind:
‘Never your duty shirk.’
Up the iron lady
He stealthily made his way,
Hanging the bright tricolour,
He heroically saved the day.
Then, for some strange reason,
A mystery to this day,
Hitler never climbed the tower,
On the ground he had to stay.
At last he ordered she be razed
Down to a twisted pile.
A futile attack, for still she stands
Beaming her metallic smile.”
― E.A. Bucchianeri, Brushstrokes of a Gadfly
It is just impossible to capture the trip in one post, the next posts will be Basilica of Sacré-Cœur, Arc de triomphe and the finale The Louvre!
References: the telegraph, the poem – good reads and pictures: Shweta Dave (Mine  ofcourse).
Tweet Pin It